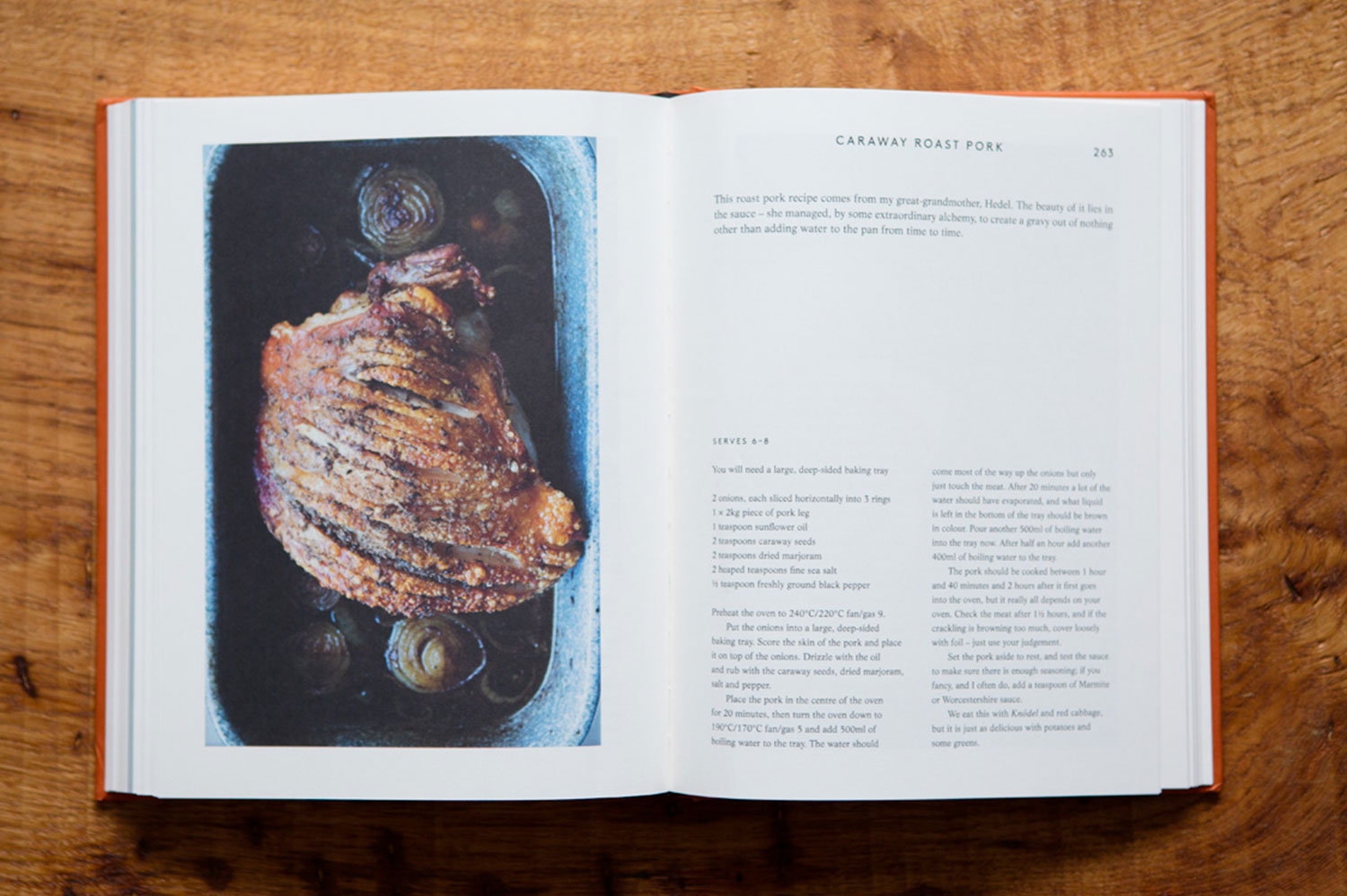 You will need a large deep-sided baking tray

Anyone lucky enough to have eaten at an event Anja has cooked at will know how good this new book, Strudel, Noodles and Dumplings, is going to be. Anja’s book is a long-awaited revival of an underserved national cuisine, proving that there is more to German food than Bratwurst and Black Forest gateau. Her food is is gently spiced, smoky and deeply savoury. From recipes such as whole-wheat buttermilk waffles to caraway roast pork and red cabbage, quince and apple slaw, her way of cooking is vibrant, honest, quick and deeply intertwined with the seasons and the weather.

We’ll be giving away a copy over on our Instagram in the next couple of weeks, but in the meantime, Anja has been kind enough to share a family recipe for Caraway Roast Pork, below.

This roast pork recipe comes from my great-grandmother Hedel. The beauty of it lies in the sauce – she managed, by some extraordinary alchemy, to create a gravy out of nothing other than adding water to the pan from time to time.

Put the onions into the base of a large deep-sided baking tray. Score the skin of the pork and place it on top of the onions. Drizzle with the oil and rub with the caraway seeds, dried marjoram, salt and pepper.

The pork should be cooked between 1 hour and 40 minutes and 2 hours after it first goes into the oven, but it really all depends on your oven. Check the meat after 1½ hours, and if the crackling is browning too much, cover loosely with foil – just use your judgement.

Set the pork aside to rest, and test the sauce to make sure there is enough seasoning; if you fancy, and I often do, add a teaspoon of Marmite or Worcestershire sauce. We eat this with Knödel and red cabbage, but it is just as delicious with potatoes and some greens.

This recipe is taken from Strudel, Noodles and Dumplings.