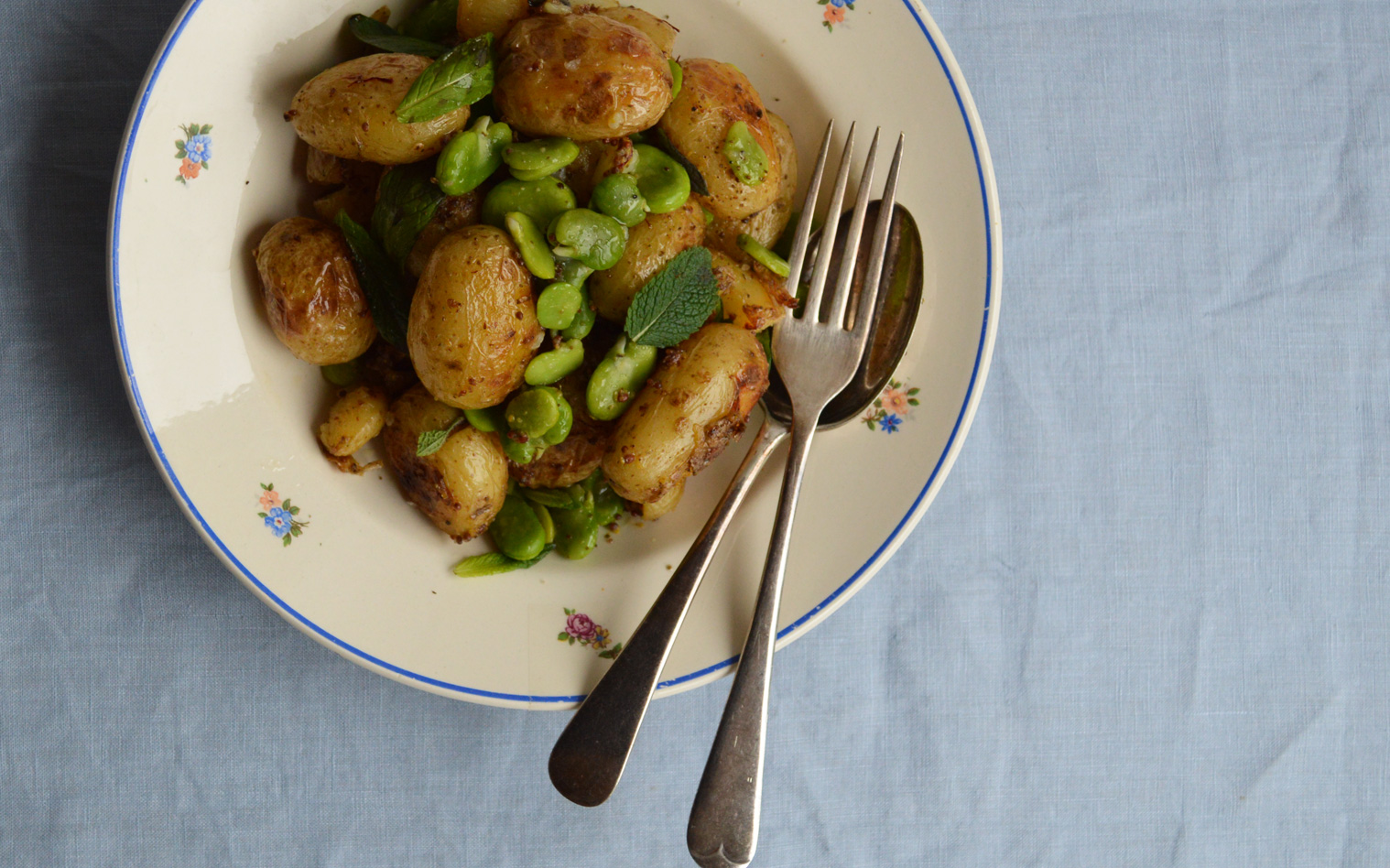 Small, sweet and firm, Pembrokeshire Early Potatoes are a sure sign for us that summer is on the way. These potatoes taste exceptionally delicious because of the rich Welsh soil they’ve been grown in – and they have been granted Protected Food Name status (just like Halen Môn) in recognition of their exceptional quality. You can buy them all over the UK, but if you’re having trouble then try another new potato variety.

Put a large saucepan of salted water on to boil and preheat the oven to 200C. Once the water is at a rolling boil, add the scrubbed potatoes to the pan and boil for 15 minutes, until a knife passes through them. Remove the potatoes with a slotted spoon to a colander and keep the water in the pan for later.

Let the steam evaporate from the potatoes for a minute or so to ensure they crisp up as much as possible in the oven. Toss them in a large roasting tray with a glug of olive oil and a generous pinch of Pure Sea Salt with Celery and black pepper. Using the back of a wooden spoon, push down on each potato until it “bursts” but most are still in one piece and have just had their skins split – don’t worry about any that look like they’ve exploded – they’ll go all crispy and still be delicious. Toss and with the oil and place in the centre of the oven for 25 minutes.

Meanwhile, bring the potato water back up to the boil and when it’s boiling, add the broad beans to the pan and boil for 3 minutes. Drain under cold water, then pop the beans out of their pale green skins to show off the emerald green beans inside.

Next, melt the butter in a small frying pan and as soon as it’s bubbling, add the saffron and the mustard. Stir for 30 seconds and take off the heat.

As soon as the potatoes are done, scoop them out of the tray with a slotted spoon and toss through a warm serving bowl with the butter and broad beans. Dot the mint over the top and serve while still warm.