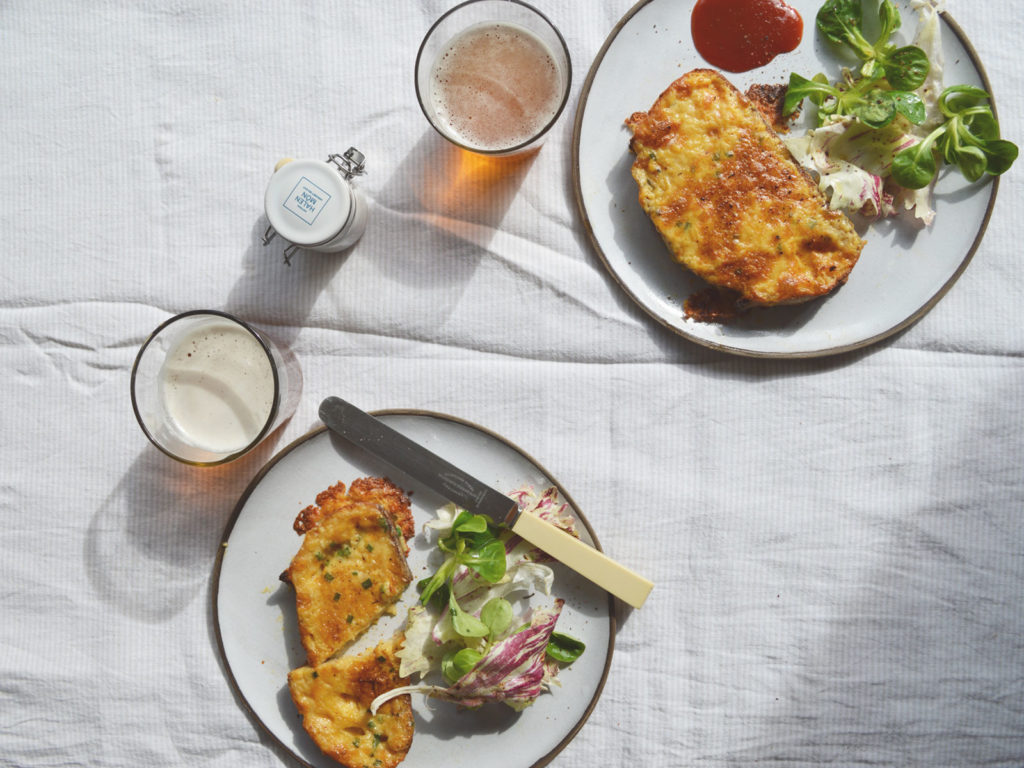 Made with hoppy Welsh ale, our favourite cavern-aged Dragon Welsh cheddar and our very own Smoked Water, this is dream-like cheese on toast.

Mix the mustard and ale in a small saucepan over a low heat, then stir in the butter to melt. Add the cheddar and stir until the cheese is just melted. Do not let it boil. Remove the pan from the heat and fold in the egg yolks, chives and smoked water.

Toast the bread on both sides, then turn your grill up to its highest setting. Arrange the toasted bread snugly on a tray and divide the rarebit mixture between the four slices (don’t worry about it spilling over the edges of the bread). Place under the grill until golden and bubbling. Finish with an inkling of Pure Sea Salt with Celery and eat straight away with a crisp salad.