A Panad with… The Marram Grass Chef Ellis Barrie 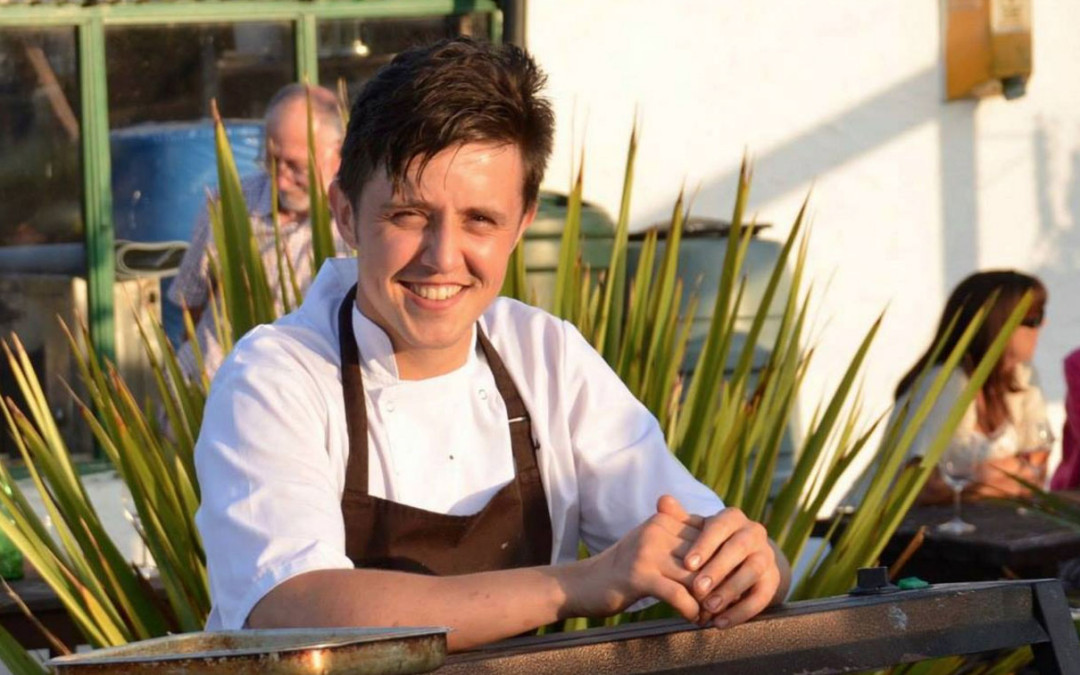 The Marram Grass is a fairly extraordinary cafe in Newborough, Anglesey. It’s in an old potting shed on the edge of a caravan park, and it is also in the 2016 Good Food Guide. Perhaps not two things you’d necessarily put together. The friendly, tin-roofed cafe is set in stunning Welsh countryside, and for our money, serves up some of the best food on our salty island. Think juicy local lamb, Menai mussels and oysters, Snowdonia ale, and a signature ‘potting shed’ dessert.

It’s run by two loveable Liverpool brothers – Ellis and Liam, who have been buying Halen Môn since they first took over from their parents. As well as the award-winning restaurant/cafe, they have a small holding where they produce a lot of their own food, and in the summer months, a little shop on site where you can stock up on all sorts of local delights. Well worth a visit on the way back from a windy walk on the beach.

Here we chat to the head chef Ellis about an unfortunate incident with some chillis, and what he thinks sets apart an amazing plate of food from a good one.

WHAT WAS YOUR FIRST JOB?
I worked washing hair in my mum’s friend’s salon in Liverpool. I got very good and chatting to ladies upside-down! Always trying to charm them for my £1 tip.

My first proper job in food was at an Italian called Fellini in Liverpool. It was a big kitchen – 14 chefs. I’d be doing the dishes, or chopping onions, but always trying to see what was going in the oven. I had my first disaster there – I must have prepped a thousand chillis. You can probably guess what’s coming next, but I went to the toilet. My story became part of a health and safety video later!

WHO TAUGHT YOU TO LOVE FOOD?
It was my grandparents really. My Granddad on my mum’s side was a cook in the TA and I’d always be in the kitchen with him as a kid, making jam tarts. And on the other side too, when my dad’s dad retired, he kicked my nan out of the kitchen and started doing all the cooking. He lived next door to an Indian guy, so he taught him to make all these amazing curries.

My mum and dad were working hard when I was growing up, so we had a lot of chicken nuggets with them. They’ve changed their ways now though. Fridge full of local cheeses and all sorts.

WHAT DID YOU HAVE FOR BREAKFAST?
A bacon buttie, made with local bacon and a good amount of HP sauce. My rule is no ketchup before 11am.

WHAT ARE YOUR THREE FAVOURITE INGREDIENTS?
Really depends on when you ask me. Right now it’s Jerusalem artichokes, they’re all over the menu. Then it’d have to be Halen Môn. And in season, asparagus. But last week, it was all about the wild garlic. I collected it from the road down to Halen Môn and put it on everything. 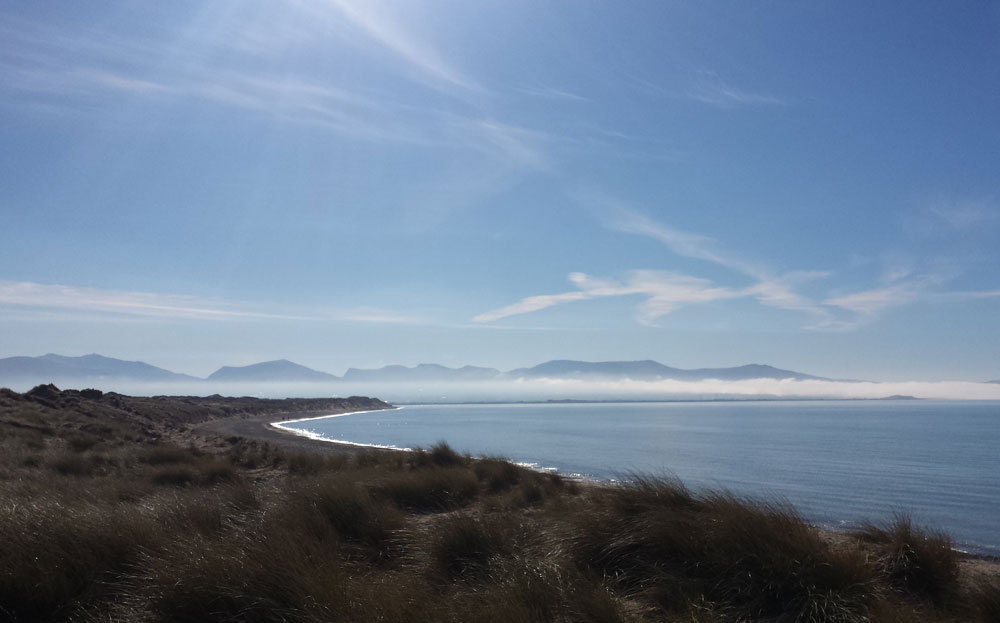 DESCRIBE WALES IN FIVE WORDS
I’ve always had a soft spot for Wales. We’ve lived here seven years now, but long before that we were holidaying here every year. We’ve really been welcomed, and I love that food is at the centre of things going on here. Oh right, five words. OK I’d say:

WHAT’S YOUR FAVOURITE SEASON?
Autumn. It’s a combination of things calming down in the restaurant, and then all the amazing stuff coming into season. I love all the game around here, and then the ripe tomatoes are really hard to beat.

WHAT DO YOU EAT WHEN YOU GET HOME FROM A LONG SHIFT?
Often I’ll open a good tin of tomatoes, and season them really well and eat them on toast. But in my family, there’s kind of a rule that after 9pm we don’t use plates. It’s kind of straight from the fridge into your mouth – a bit of a buffet. Chorizo or good cheeses, or anything you can fold up and eat quickly!

WHAT DOES HALEN MÔN GO BEST WITH?
I love to use it to cure my fish. A nice bit of hake or cod. Or you can’t beat a pinch of the smoked stuff on a boiled egg. Simple and delicious.

WHAT MAKES THE DIFFERENCE BETWEEN A GOOD PLATE OF FOOD AND AN AMAZING ONE?
I think it’s really the care that goes into sourcing good ingredients. Nowadays people care a lot more about where their food comes from. We do whatever we can to support the local economy, and it’s a joy to use good local, seasonal stuff. We do a crop share, where people who live near the restaurant can bring in extra apples or whenever they have loads of something, in exchange for vouchers to go towards food at the restaurant.

WHAT’S YOUR FAVOURITE SMELL?
Low-tide on Anglesey – that seaweed smell. I just love it.

Or maybe the smell of a two stroke engine in the sun. It reminds me of holidays in Tenerife with my granddad, and then makes me think of those amazing tobacco-like smell in a great coffee, too.

Check out more on the Marram Grass website here.