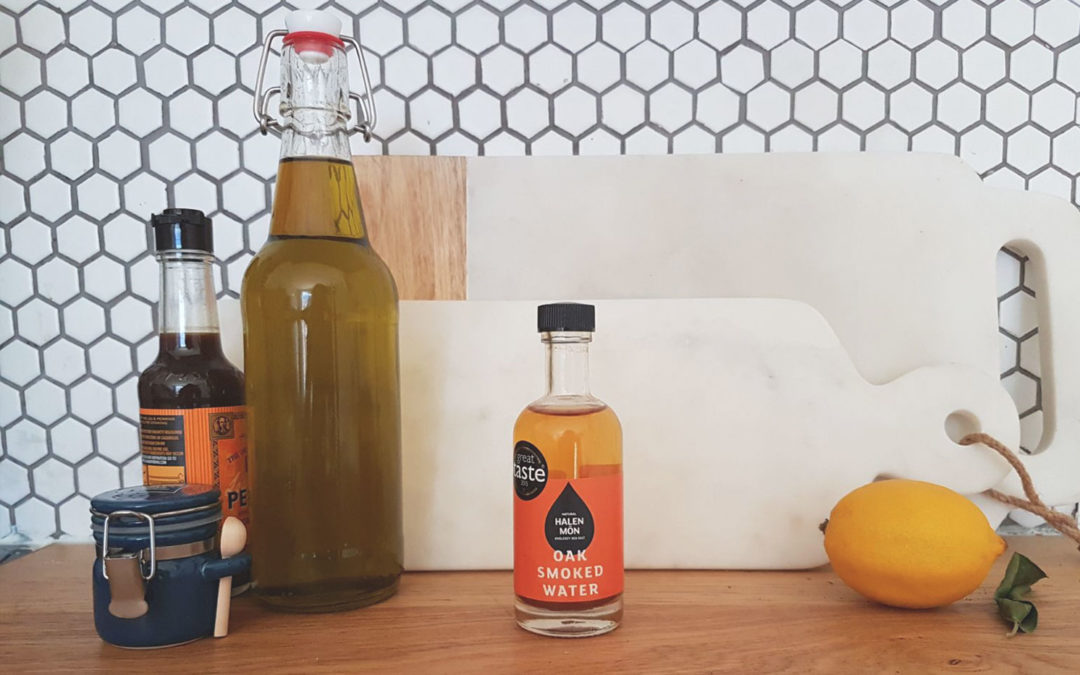 Our Smoked Water has been making waves for a couple of years now, but last week we were incredibly excited to hear that we’d won an award for the ‘Best Ingredient’ from the World Food Innovation Awards. The judging panel were impressed that it is 100% natural, more consistent than smoking an ingredient yourself and can either add a background savouriness or an intense edge of bonfire depending on how much is added to a dish.

We sell it to everyone from Marks and Spencer for loaves of sourdough, to local fudge company Matt and Ben’s for their buttery sweets, along with a whole host of prominent chefs. Innovation has been a driving force of our company for more than two decades and it’s fantastic to have that recognized on a world stage.”

Don’t take it from us, though. Below are a couple of testimonials from chefs who were kind enough to share their love of the product.

‘One of my greatest discoveries recently was the smoked water that David is producing at Halen Môn, it has a soft smoky finish that many foods and cocktails could benefit from.

David and I share a passion for smoke and this is a great example of how his out-of-the-box approach to life has opened the door to how we look at the foods we prepare.

As a chef who utilizes wood fire a lot, those flavours are a large component of my food. I am constantly looking for new ways to bring the flavours of naturally smoked foods indoors.’

Ed Smith, chef and author of On The Side

‘I’m a big fan of Halen Mon’s oak smoked water. It’s a key component in two recipes in my book, — as part of a salad dressing, and in a ‘smoky’ ratatouille. In both cases it adds a warming, rounded and of course smoky depth of flavour to the dishes. It’s a quality that you normally can’t get without going through the whole smoking process yourself, which is of course logistically and relatively admin heavy, particularly for the home cook.It’s not acrid or bitter, which is impressive — other condiments offering an immediate smokiness often are.

And if you try and smoke things at home, or use a smoke gun, you’ll often find the smoke is unpleasant, rather than beneficial.

Basically, Halen Mon’s oak smoked water has become as useful and legitimate an addition to my larder as the likes of Worcestershire sauce, Tabasco, toasted sesame oil and fish sauce.’

If you’ve bought a bottle and aren’t sure what to do with it, try our Smoked Water recipe section, including: