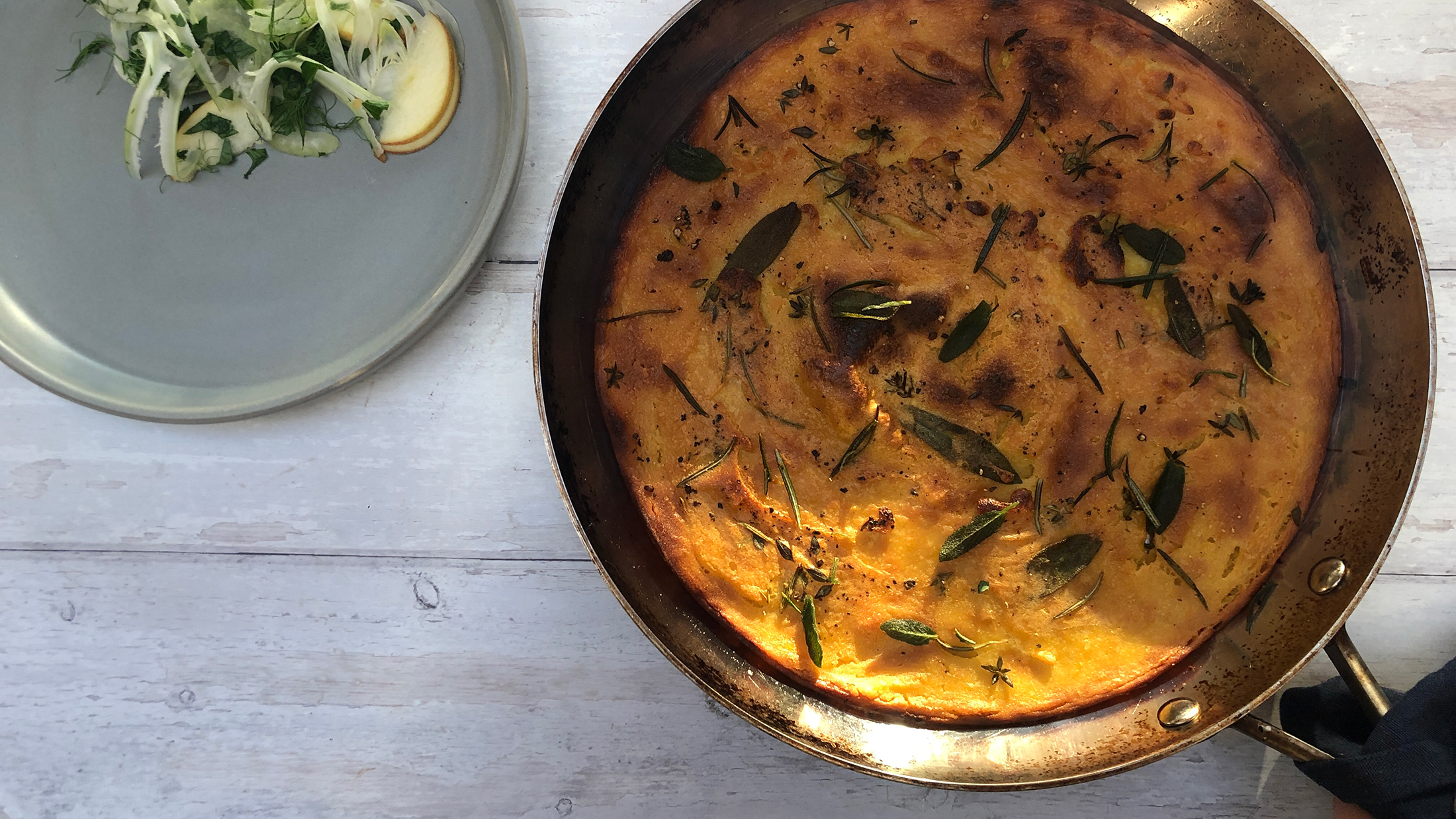 A classic Italian street food that was so popular with traders that it spread to Nice, where it’s known as Socca. Farinata is a simple chickpea flour pancake, traditionally made with olive oil and herbs. The batter does need to rest before cooking, but comes together quickly in the pan. It’s the perfect thing to serve with a crisp glass of rosé or with salad and cheese as a light starter.

Mix the gram flour with the salt in a large mixing bowl. Pour in 350ml warm water and whisk to combine until no lumps are visible. Cover the bowl with a clean tea towel and set aside for at least an hour, or up to 24 hours for a nuttier, more developed flavour.

Whisk in 2 tablespoons of the oil to the gram flour batter and a generous amount of freshly ground black pepper. Heat the remaining 3 tablespoons in a large (30cm) oven-proof frying pan over a medium heat on the hob. If you don’t have a frying pan large enough, heat the remaining oil in a roughly 25 x 35cm roasting tray in the oven for a few minutes until piping hot.

When the oil is so hot it looks as though it’s shimmering on the surface of the pan (or in the tray), whisk the gram flour batter again and carefully pour into the hot oil. Quickly pick the herbs from their stalks and scatter over the surface of the batter. When the batter looks dry and a deeper shade of golden around the edges, transfer the pan to the hot oven and cook for 15-17 minutes until crisp and golden all over. Sprinkle a pinch of Pure Sea Salt in a Finer Flake all over the surface as soon as it comes out of the oven.

Allow the farinata to rest in the pan for a few minutes before slicing into wedges or squares (if using a rectangular roasting dish). Serve warm on its own with a glass of dry wine or rose as an aperitif, or with salad and olives for a simple lunch. The farinata can be made a up to 6 hours ahead and reheated in a low oven.

This site uses Akismet to reduce spam. Learn how your comment data is processed.