Salt Awareness Week: why you should use Halen Môn - Halen Môn

Salt Awareness Week: why you should use Halen Môn 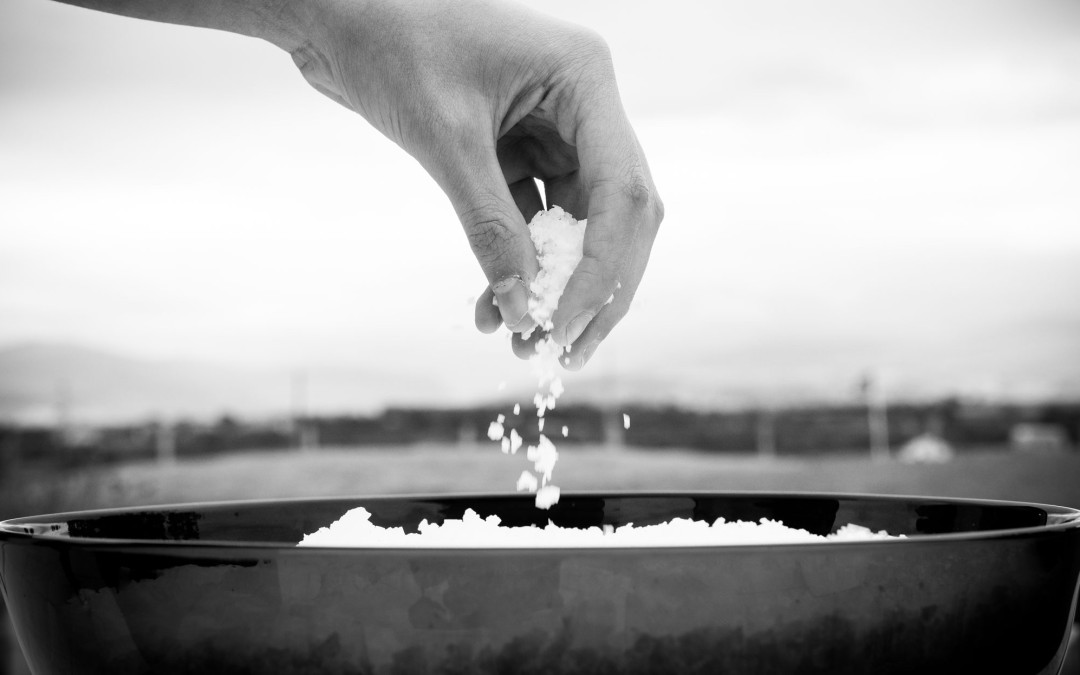 Salt awareness week is generally about warning people of the dangers of eating too much salt. Of course, this is extremely important. Like your mum probably told you, too much of anything is bad for you.

But 75% of the salt we eat in the UK is already in the food we buy – in preserved meat, sauces, cereals, crisps and ready meals. Halen Môn is not the problem. Eating too much processed food is. Cook from scratch and you will know exactly what you’re putting in your mouth.

Furthermore, without any salt, our bodies would cease to function. The chemical reactions inside us need sodium and along with chloride, sodium is one of the two elements that make up salt. Without it, muscles would stop working, nerves wouldn’t carry messages and food would remain undigested. Our bodies lose salt through sweat, urine and tears, everyday and it is important that we replace it.

Here’s why we think it should be Halen Môn seasoning your food:

– The salt composition that makes up our body tissues is similar to that of seawater, so it follows that sea salt is generally considered better for your health than other processed salts. Halen Môn retains the valuable natural trace elements that are often removed during the processing of other table salts.

– Our process is unique and has been legally recognised as such under EU law. In 2014, we joined the likes of Champagne and Parma Ham after being awarded Protected Designation of Origin status by the European Commission.This new accolade legally recognises Halen Môn as having unique qualities due to our geographical location as well as the way we make it. Other sea salts are often made from ‘strengthened’ or adulterated brine and may also have additives such as anti-caking agents added. Our PDO status is a guarantee against any of that.

– Our process is organically certified. Unlike many other brands, we don’t put anything nasty in there to make it free-flowing. It is naturally a beautiful, bright white.

– We are a family business who care about what we do, the ingredients we use, and the people we work alongside. The power of good people should never be underestimated.

– The beauty of our sea salt has inspired creatives from filmmakers to jewellery designers, photographers to painters. It looks good on a plate of food.

– Our product is used all over the world by everyone from famous chefs, to everyday cooks, because it tastes good. It has a balance of flavour with absolutely no hint of bitterness. And because Halen Môn naturally tastes stronger than many other salts – you need to use less of it in your cooking, whilst maintaining the same intensity of flavour.

(A version of this article also appears on the blog of Hey Everyone,  a brilliant publishing house, to coincide with Salt Awareness Week.)