Welsh Leeks are now also the 19th member of the Welsh GI family of products, joining our Anglesey Sea Salt, Welsh Lamb, Welsh Beef and Pembrokeshire Earlies. Each member is Welsh to the core and uniquely linked to the landscapes and seascapes which nurture them.

The UK GI scheme ensures certain food and drink products can continue to receive legal protection against imitation and misuse after leaving the EU. From now on, Welsh Leeks sold with the UK GI logo will promote the heritage and culture of Wales and provide the product and consumers with certification of quality and uniqueness.

Welsh Leeks are grown and harvested in Wales and are a product of several hybrid varieties, rather than one specific variety. The varieties used to produce ‘Welsh Leeks’ are those most suited to Welsh growing conditions. They produce a leek which has its own special characteristics, the predominant long distinctive dark green flag which  makes almost half of the overall length of the leek.

‘Welsh Leeks’ are normally planted from late February through to May and harvested from August through until April/May, with some crops remaining in the ground for up to 12 months. The leeks can be left in the ground without affecting their quality, leading to slower maturation providing more time for the famous peppery flavour and buttery aroma to fully develop.

“Many countries have got plants symbolising them and some of those date back a few hundred years, but the Welsh leek may date back to the very first origins of Welsh nationhood.”

He said there were tales of leeks being used by Welsh soldiers as a distinguishing marker during the Saxon era (410-1066AD), and of battles in leek fields.

While there is not enough evidence to prove these narratives beyond doubt, Mr Graves said “people were referring to leeks by the early Middle Ages as a kind of marker of the Welsh, so the mythology has been around for at least 1,000 years”. 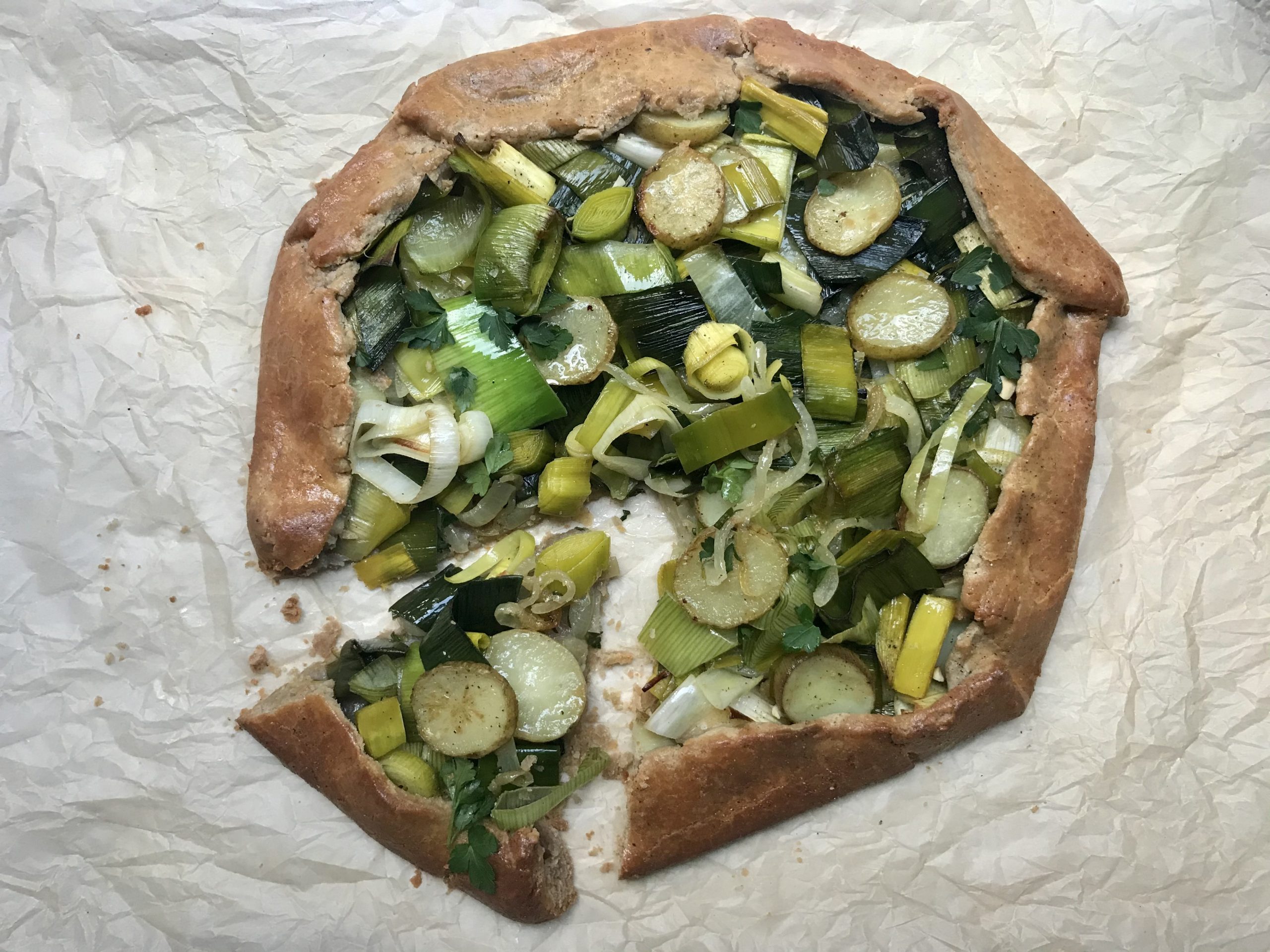 This recipe makes a star out of Welsh leeks. A galette is a great place to start if you are new to making pastry, as it is a free form tart that is meant to look rustic. The recipe can also be adjusted to use any vegetables and herbs that are in season but right now it’s time to celebrate the Welsh leek. The hazelnut pastry is fine to make with plain flour but using a mix of wholemeal spelt and plain flour makes for a deliciously nutty and crumbly pastry.