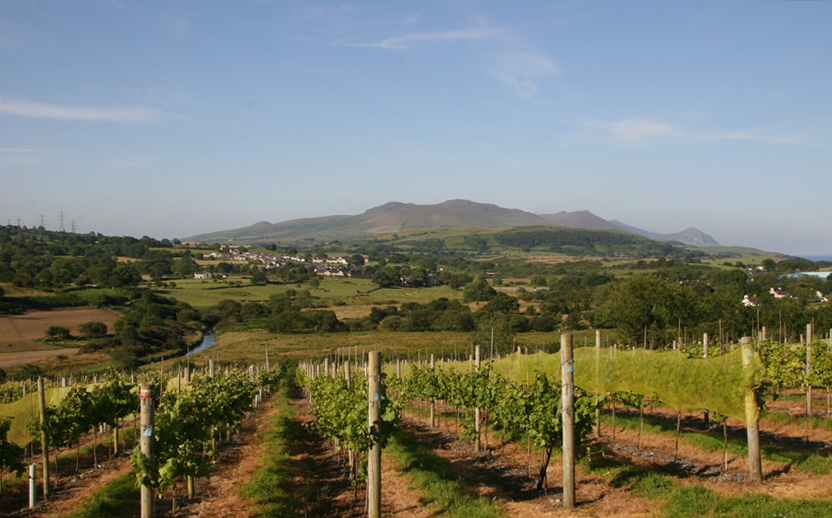 Pant Du isn’t somewhere you are ever likely to be thirsty.

Tucked away in the Nantlle Valley, in the heart of the outstandingly beautiful Snowdonia mountain range, Richard, Iola and their team quietly get on with brewing exceptional cider, collecting crisp spring water, and growing some of Wales’ few wine-making grape vines. 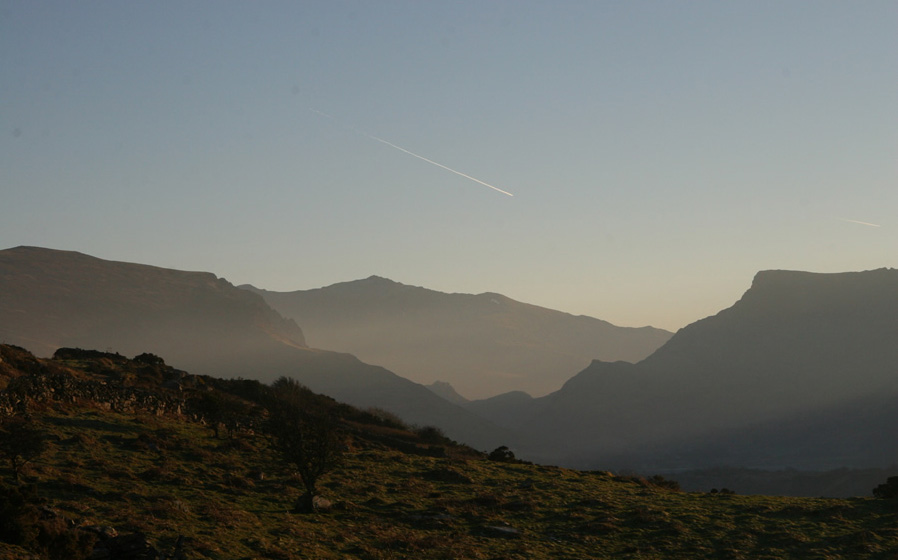 A BAFTA award-winning camera man by trade (his distinctive award is actually on display in the vineyard’s licensed cafe), Richard and his wife Iola planted their vineyard and orchard in 2007, and in 2010 produced their very first bottle of Pant Du wine.

Since then, they have gone from strength to strength, moving to the vineyard to live, giving regular tastings and tours, and attracting everyone from regular hen parties, to journalists, Jan Morris to Bryn Terfel. Friends and family pick and process the grapes when they’re ready, and the family travel to choose other bottles to compliment their own for their famous tastings.

Pant Du are pretty much apple-experts, taking a particular interest in rare and endangered varieties, and breeding new ones themselves, meaning their juice and especially their cider, wins numerous awards.

Naturally we called in for a few glasses of something cold, and stayed to enjoy hot toasted sandwiches and Richard’s very entertaining story of how they found the mineral water spring. It was a difficult job, in the end taking thirteen days and 80m of laborious drilling before they found the spring. It was well worth the effort – the water filters through Pre-Cambrian rock (formed over 500 million years ago), which is why it was rather a challenge to find, but also why it is particularly balanced and pure in flavour.

We whole-heartedly recommend a visit. 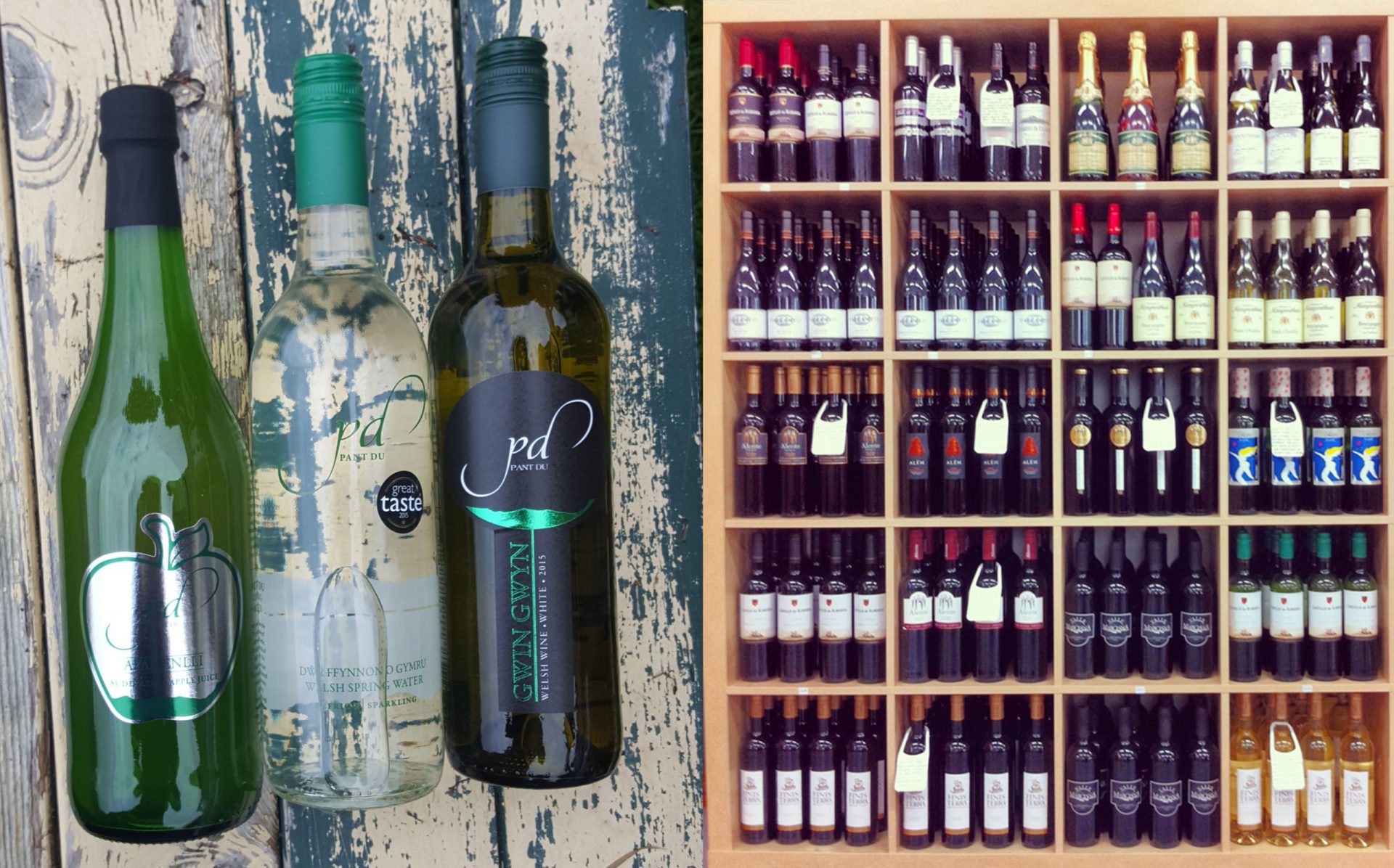 Not so far from my house,
A paradise all its own
Among the hills of slate.
At once
Stylish and simple,
Urbane and homely,
Happy as its own
Wines and apples,
And kind as Wales
Itself. –
Jan Morris