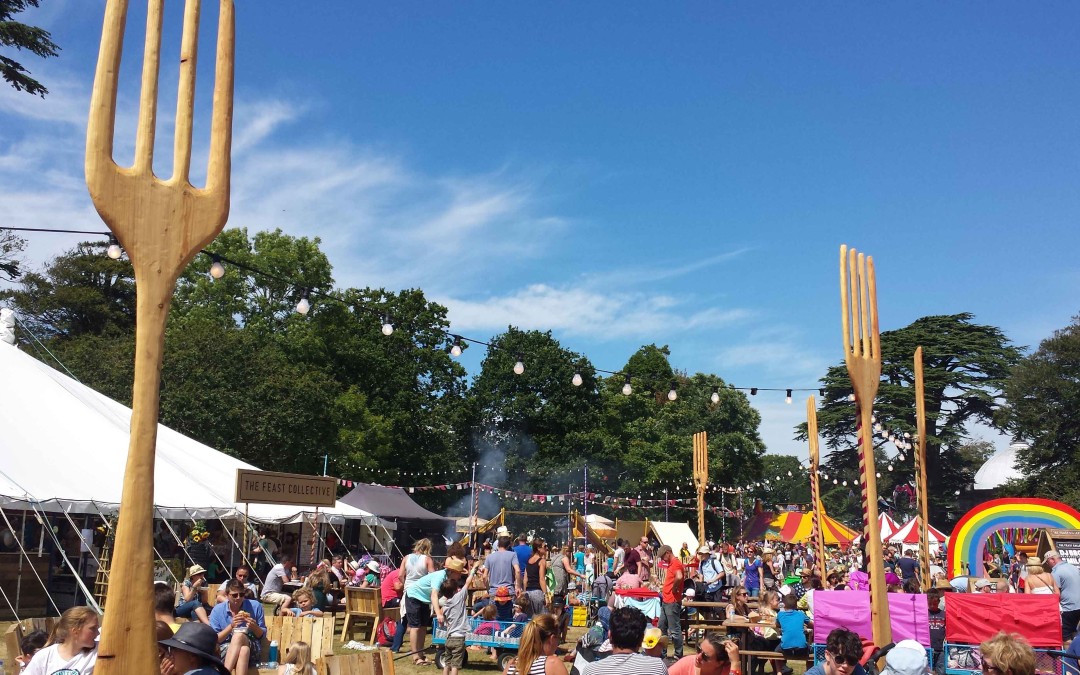 We go to a lot of food festivals. We like to eat, we like to meet the people who make the food we eat, and we think there are few things lovelier than enjoying our dinner outside. It seems though, that other festivals are finally beginning to think seriously about what’s on the menu, whether they bill themselves as ‘food festivals’ or not.

Gone were the days at Glastonbury where you were given an (admittedly probably delicious) free pint of milk on entry but not much else, where you’d be offered dodgy burgers and lukewarm styrofoam cups of Nescafe. Now there is everything from every imaginable cuisine: Goan fish curry, British fish fingers, Lebanese mezze, seated fine dining, LA style juice bars, hand-churned ice-creams, halloumi wraps smoked on site. You can eat up a tree, in an old London bus, beneath the cover of a spliced caravan, underground in a themed rabbit hole, on the edge of one of the most famous stages on earth.

This weekend we went to Camp Bestival, and though on a slightly smaller scale than the more famed Worthy Farm, the food was no less impressive. We watched Steve Lamb of River Cottage prepare hand-dived scallops with homemade chorizo and Halen Mon, we ate Tom Hunt’s vast salad stuffed flatbreads. We feasted on hot, glistening churros with velvety chocolate sauce, and we drank ice cold and delicious botanical cocktails. There was a farmer’s market filled to the brim with local foods, several stages showing everything from how to pull pork to make the perfect poached egg, and stands charring fresh sweet corn cobs by the dozen. 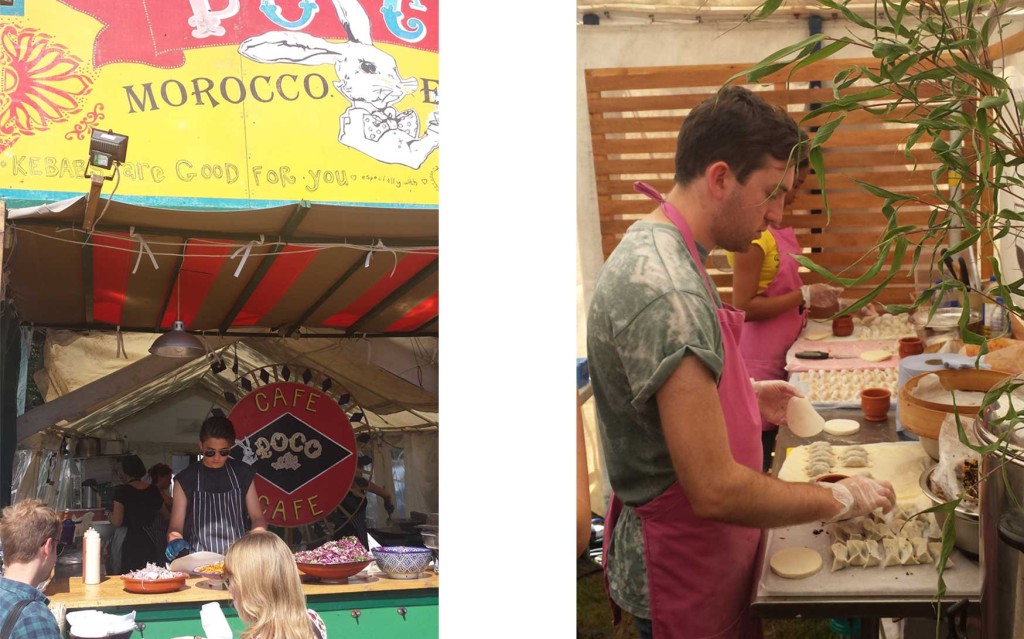 The highlight for us though was a lunch made by a company called Dorshi. Fresh field mushroom and Dorset cheddar dumplings, steamed or fried, served with ‘rainbow’ barley, vibrant salad and crunchy onions. We watched the staff making them behind the counter, and then watched other visitors’ unashamed jealousy when we walked past with our colourful plates of food.

Sadly there was no time for a chat as the queue at Dorshi was one of the longest at the festival, but research since has uncovered that it was started by two friends who were looking to sate their cravings for proper Asian street food. They decided to make their own with the challenge of using as much local produce as possible. Two years on and their street food cart has won them a coveted Young British Foodie award. Sampling their fare, it is not hard to see why.

We left the weekend full of good food.  Now all our festivals need to sort out are the toilets. 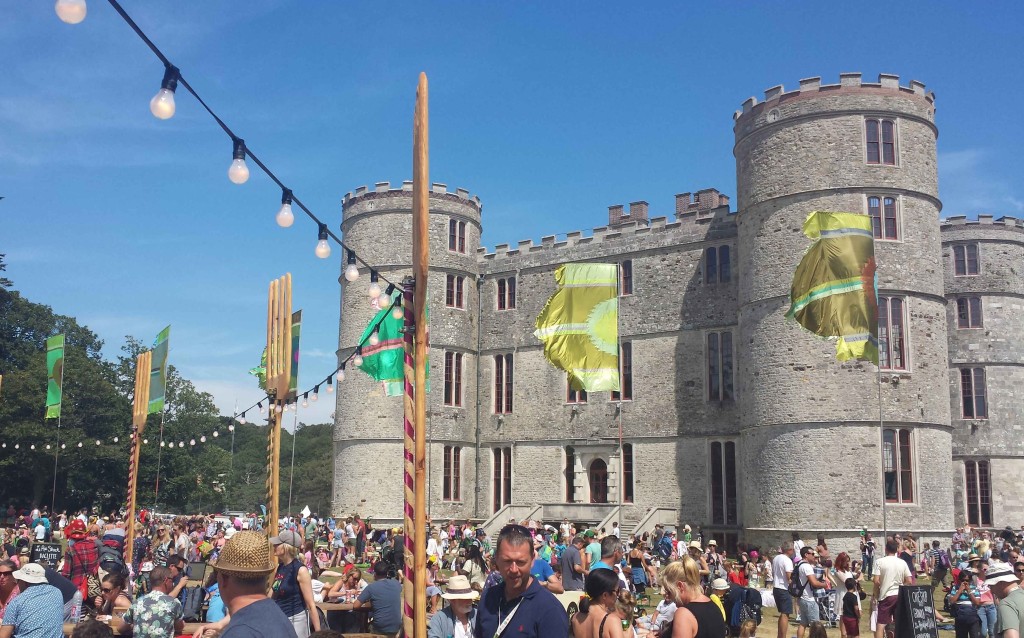