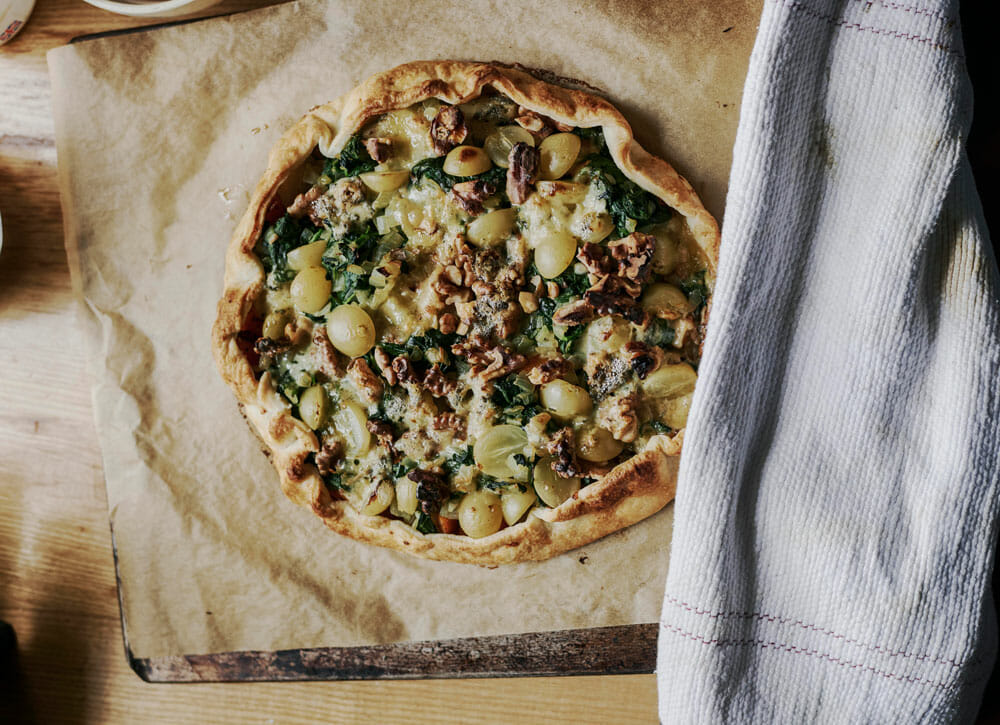 This wonderfully savoury galette is perfect for a celebratory supper and comes together much quicker than you might think. A wonderful vegetarian tart that everyone will want a slice of. This recipe originally appeared in The Telegraph Magazine.

Preheat the oven to 200C/gas mark 6. Toss the squash in a roasting tray with enough olive oil to coat and  a generous pinch of salt  and pepper.

Roast in the centre of the oven for 25 minutes, until the squash is soft and beginning to colour at the edges. Place on a plate to cool and leave the oven on.

While the squash is roasting you can get on with the rest of the filling. Warm  a tablespoon of olive oil in  a heavy-bottomed frying   pan and add the onion,  along with a pinch of salt. Cook over a medium heat, stirring regularly, for 8-10 minutes, until the onion is soft and translucent throughout. Add the spinach and cook until just wilted.  If it’s very watery, drain off the liquid before adding the Oak Smoked Water and stirring through. Remove the onion and spinach to a plate to cool. 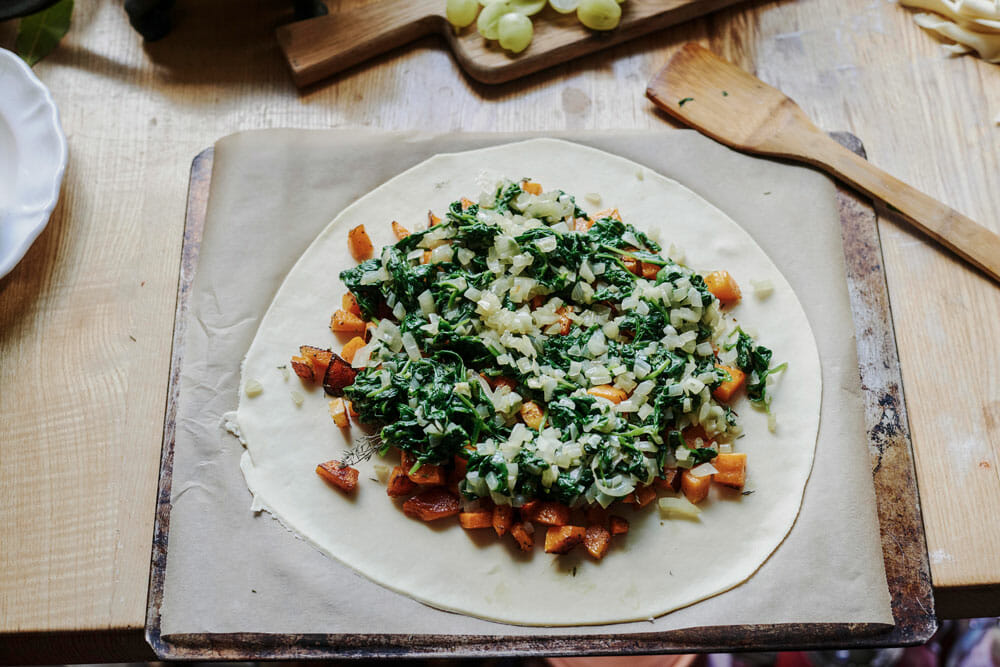 –
Grease a large baking tray with a little oil. Roll the pastry out into a rough  round (about 20cm across) and place on the baking tray. Put the slightly cooled squash in the middle of  the pastry round, leaving  a 2-3cm border.

Dot the smoky spinach mixture over the top, then nestle the grapes in and around the spinach and squash. Crumble over the Stilton in large chunks and scatter over the walnuts and thyme leaves.

To finish the galette, lift up the pastry edges and fold them over the filling, using your fingers to pinch and pleat a little as you go. Brush the melted butter over the exposed pastry and place the galette in the centre of the oven for 20 minutes, until the pastry is crisp and golden and the cheese is melted and bubbling.

Serve with a crisp green salad or a grated-root-vegetable slaw. 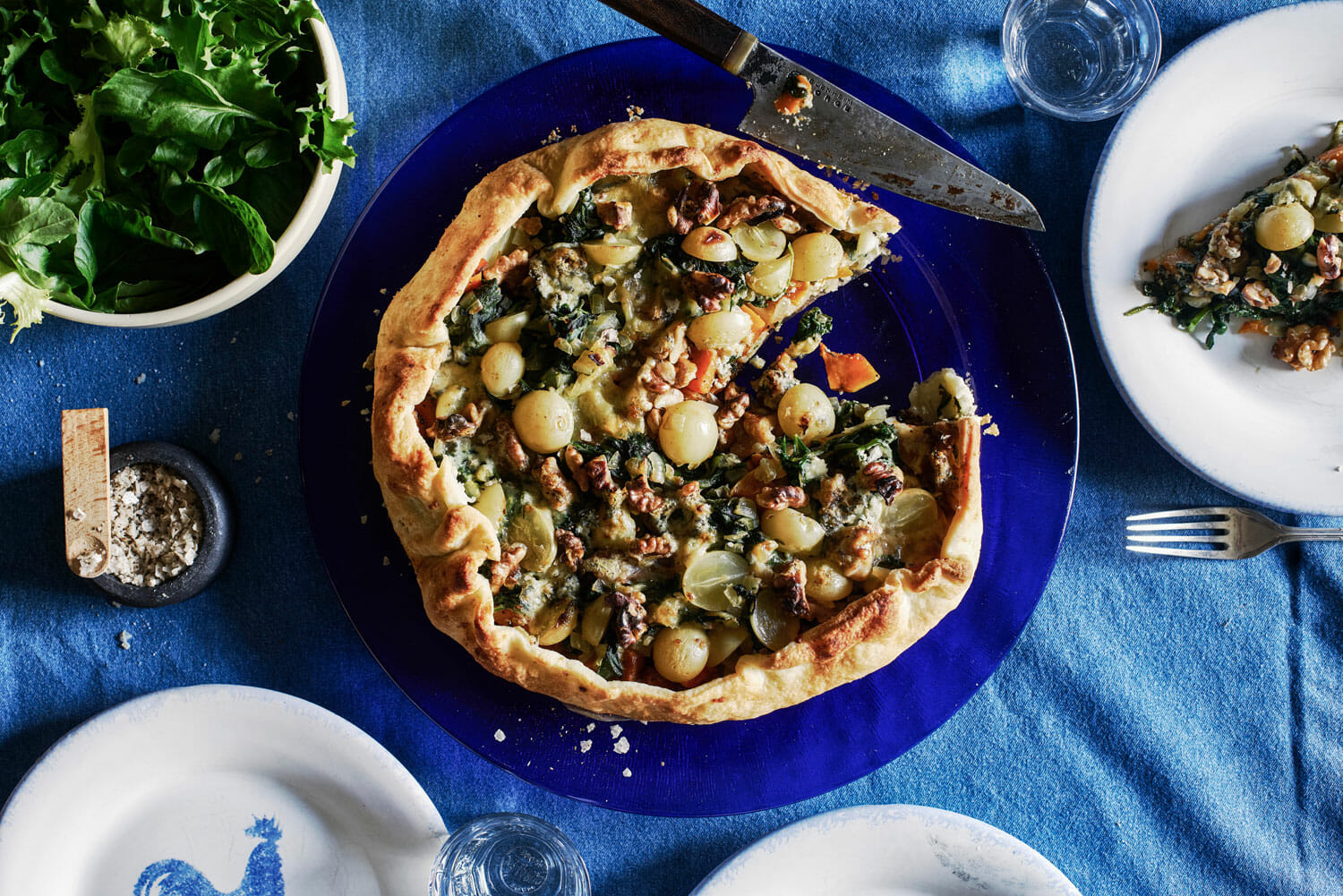