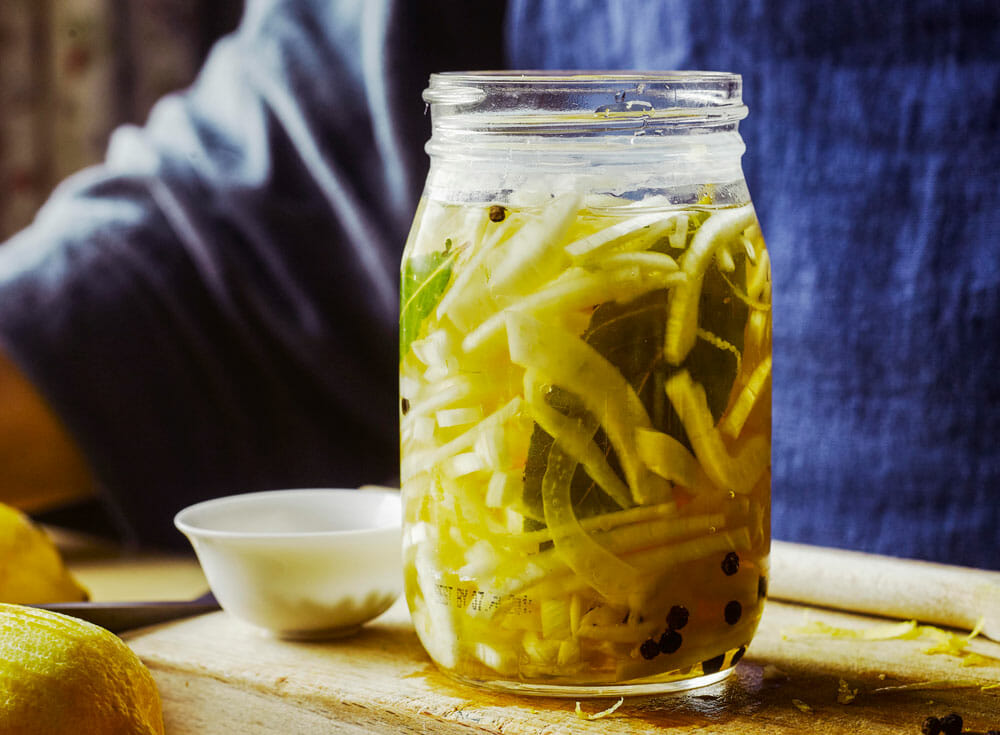 Wash the fennel bulbs then slice them in half and discard the cores. Slice the fennel as thinly as you can. In a large bowl, scatter the fennel all over with salt and scrunch it together with your hands. Set aside for an hour to draw out water.

Warm the vinegar, sugar and bay leaves in a pan over a medium heat until the sugar has dissolved. When the hour is up, tip the fennel into a colander and drain as much of the released liquid as possible.

Put the fennel back in the bowl and toss in the peppercorns and lemon zest along with the bay leaves from the vinegar. Fill a clean jar with the fennel. Pour over the vinegar and use the end of a wooden spoon to work it down into the fennel.

Screw on the lid and leave for 24 hours before eating. This will keep for 2-3 weeks in the fridge.