Breakfast at the Houses of Parliament - Halen Môn

Breakfast at the Houses of Parliament 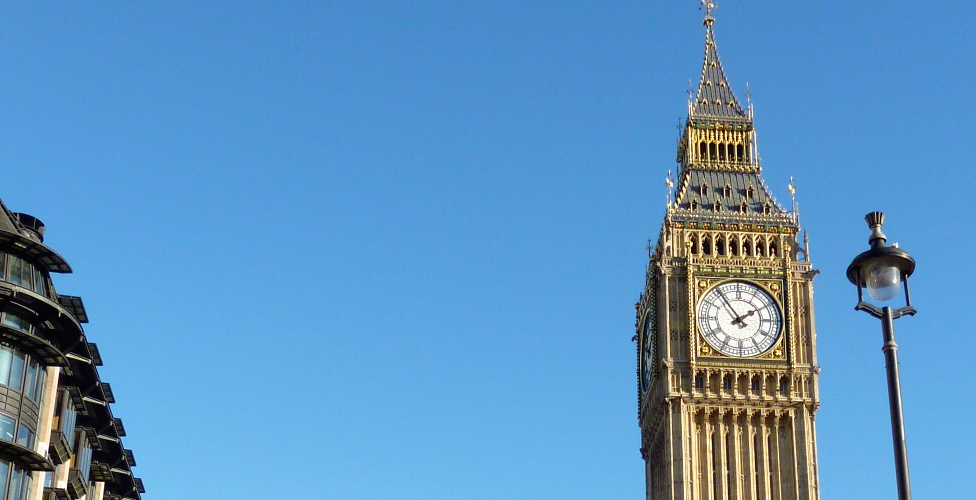 We left in plenty of time to reach Dining Room A in the Houses of Parliament where we had an invitation to breakfast with our MP, Albert Owen.

‘Please allow 30-40 minutes to clear security’ it said clearly; possibly we should have allocated more as my husband had a forgotten Swiss Army Knife secreted in his briefcase. 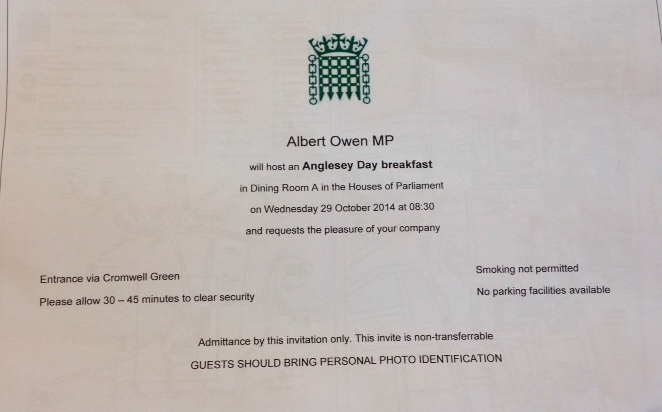 Despite the threat level being set at ‘severe’, the police were politeness personified when they discovered the knife as it went through security and helpfully gave David a card to present when he returned to collect it at the end of the day.

Our breakfast meeting was a great blend of good food enjoyed, in my case, in the company of Huw Irranca-Davies, Shadow Minister for Environment, Food and Rural Affairs, and an informal conversation about challenges and opportunities on Anglesey.

Our MP Albert Owen then showed us around Parliament pointing out areas of peculiarly Welsh interest along the way. I now know, for example, why Welsh for House of Commons is San Steffan and I admired the stained glass window depicting the coat of arms for Beaumaris, and the various brass plaques on the floor that showed where people had been tried for crimes or laid in state.

We then had an interesting day chatting to various MPs and their staff who dropped in to a showcase of Anglesey’s finest- lifeboatmen and other voluntary groups, biomass builders and other energy providers, the two farmers unions of Wales, dancers, Virgin Trains and of course, sea salt.

It was good to see Peter Hain again, whom I last met some 16 years ago at an Eisteddfod, and to hear Ed Milliband’s high opinion of Albert as an excellent constituency MP.

It was a great day to network and educate and well worth attending, felly diolch o galon i Albert.

And the knife? Returned to its rightful owner.