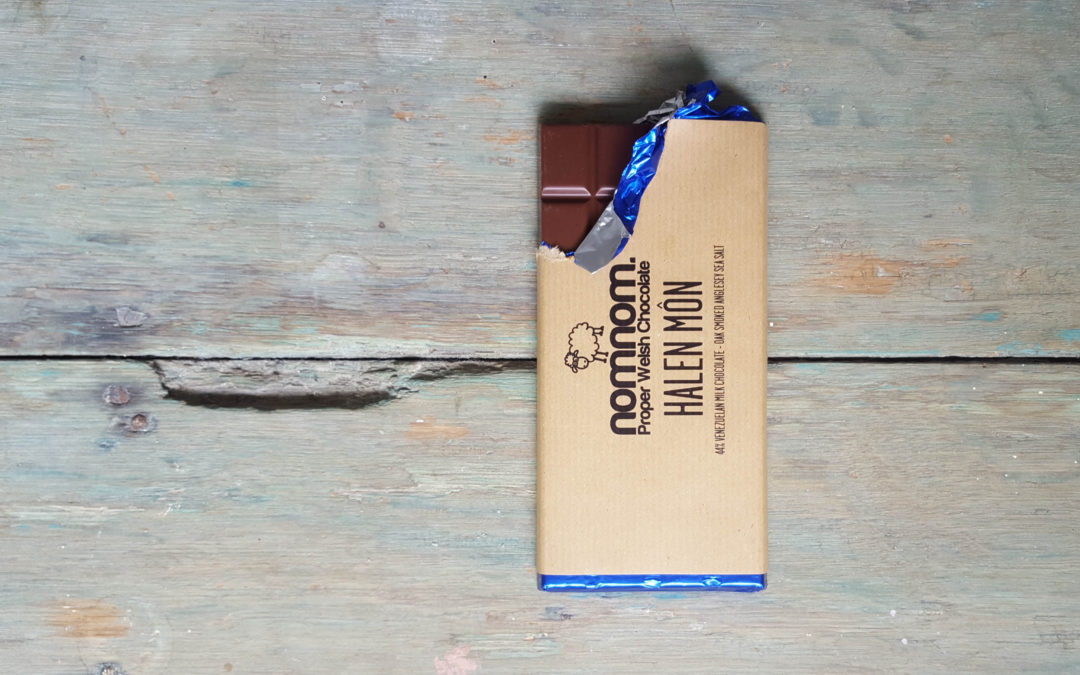 Liam started the company in mid-Wales when he was just eighteen, and got it off the ground with a loan from the Prince’s Trust. We first tried his products after he sent us a letter saying he used Halen Mon. We still have the scrumpled paper it was written on, and the rest, as they say, is well-seasoned chocolatey history.

He is infectiously excitable, innovative and ever-motivated, and committed to making sure his team is too. Every time we meet him he is smiling, no matter how many hours he is wrapping bars into the night to keep up with demand. The chocolate team came to visit last week so we took the opportunity to chat ingredients, chocolate villages and kitchen disasters on the beach in front of Halen Môn (and take some silly photos, see below) 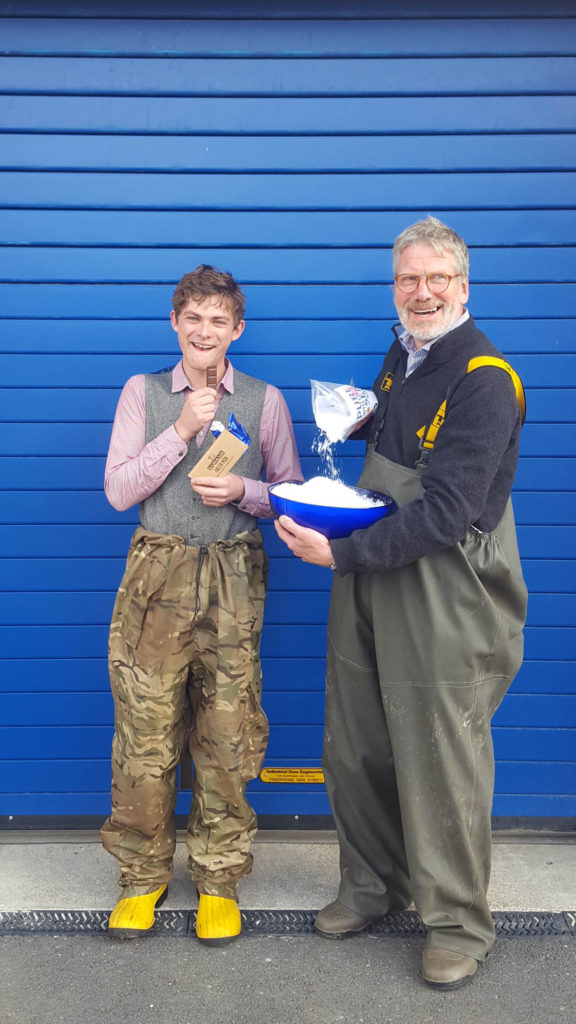 When I was much younger we lived in Bournville. My bedroom was right at the top of the house in the attic and whenever I opened the window the scent of chocolate would flood in. And when you went outside the whole village would smell like chocolate.

I have some pretty amazing food memories with my Granddad too. I used to be so fussy but his homemade soups were one of the few things I’d always eat.

WHAT WAS YOUR FIRST JOB?
I never got on that well at school. When I was fifteen I’d turn up for registration and then sneak off to The Old Red Cow, a gastropub where I worked in the kitchen. I soon realised I got more out of kitchens than school, and I set up a pop-up restaurant when I was sixteen.

WHAT’S YOUR WORST KITCHEN DISASTER?
When I was running my pop-up we used to try mad combinations. I think it was around the time my mum gave me The Fat Duck cookbook for Christmas and I was obsessed with it. I made a parsley and banana mousse which was great one night and then disgusting the next time I made it. Also tried mustard and white chocolate and parsnip and beetroot milk chocolate. Guests actually spat it out.

HOW DO YOU CHOOSE NEW CHOCOLATE FLAVOURS?
We make chocolate for ourselves as much as anyone else. Recently we’ve had a few nights of espresso martinis, so we thought why not try it? I have a feeling the resulting bar is going to be a bestseller…

WHAT MAKES THE DIFFERENCE BETWEEN A GOOD PLATE OF FOOD AND AN AMAZING ONE?
How honest the ingredients are – they have to be good quality, and they can’t be messed about with too much. But it’s also about how much of themselves the cook has put into the dish. Amazing food nourishes the soul – it contains something of the person who made it. 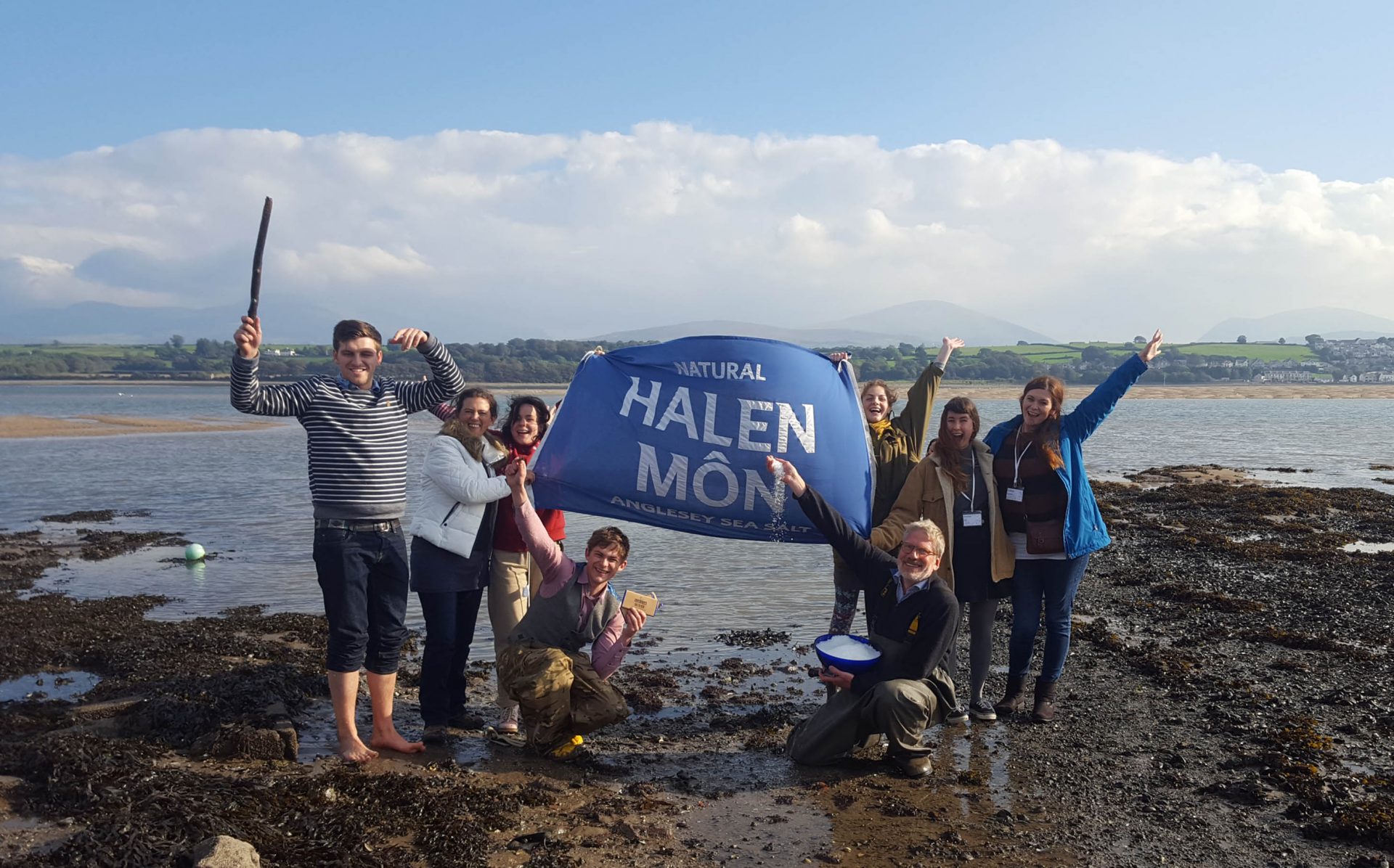