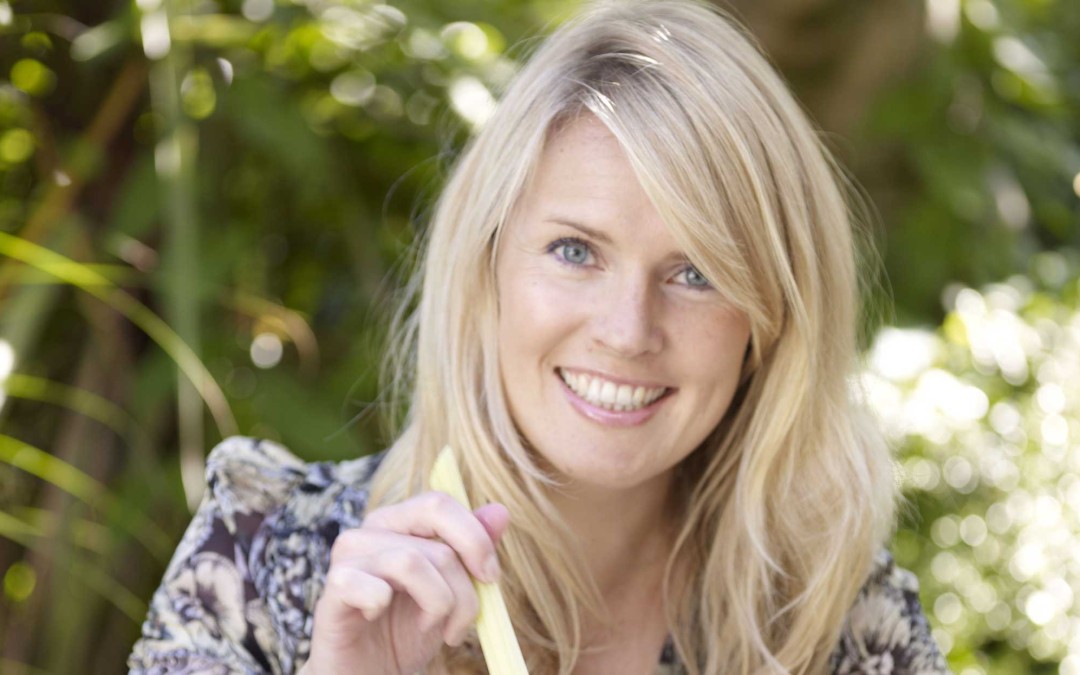 Famous for her cinnamon buns and her splendid Scandinavian cookbooks, food writer Sig (AKA Scandilicious) has an infectious enthusiasm for good food. We were introduced on Twitter longer ago than we care to remember and have been firm food friends since, meeting every year at Abergavenny Food Festival. She is always busy with a delicious project or two, whether it’s tasting Christmas puddings for a newspaper, or travelling Scotland in search of the best whisky. Her instagram is guaranteed to make you hungry.

Below, she tells us which restaurant she goes to weekly, and why she’ll always have butter on her porridge.

WHO TAUGHT YOU TO LOVE FOOD?
Both sides of my family – parents, grandparents, everyone really. I was lucky to grow up in a household where we sat down for home-cooked dinners nearly every night. Food was – and still is – considered a vital part of family life for us. It helped that my Norwegian grandparents had a farm, we learned so much about food there.

WHAT WAS YOUR FIRST JOB?
Well, the first job I remember doing for money was selling strawberries, aged 10 1/2 years. My Norwegian grandfather was quite a crafty man, getting us grandchildren to not only pick the berries that grew on their farm, but also to help with the preserving of those berries and whenever there were leftovers – to sell them to German tourists driving past the farm. It helped that I spoke a little German too!

WHAT DID YOU HAVE FOR BREAKFAST?
Today? As it happens, a slow-cooked porridge made with Rude Health sprouted oats, gently simmered in half milk, half water and seasoned with your fantastic vanilla salt. I usually top the cooked oats with homemade jam, some variety of nut butter, or occasionally just butter, a sprinkle of sugar and cinnamon. Because life is short and you may get run over by a bus, so why not have butter on your porridge?

WHERE DO YOU GO OUT TO EAT?
I live in London and am a real creature of habit. I tend to go almost weekly to Koya Bar for udon noodles, slightly less often to Kanada-Ya for ramen, Atari-Ya for reasonable sushi, Kikuchi for more pricey sushi and when my dad’s in town: Roka for seriously fancy sushi! I love the Korean bibimbap at Jinjuu in Soho, too.

Dishoom is great for Indian and my local, Holborn Dining Room, for brunch and Sunday lunches. Sourdough pizza at Franco Manca, spaghetti at my local Italian-red-sauce-and-old school-check-table-cloths-trattoria LEGEND that is Ciao Bella. Occasionally I stop by Fischer’s on Marylebone High Street for a bit of Germanic “Gemütlichkeit” as I love their veal schnitzel and they do a mean cherry strudel in the summer.

If I feel the call of the wurst I head to Herman ze German for a bratwurstchen and Andechs bier (my parents lived in Munich for a decade and I was born there. I have a feeling my first spoken word may have been ‘wurst’) Otherwise I love the old-school charm of Le Caprice and sitting at the bar there is always a glamorous treat. Quo Vadis in Soho is a firm favourite for their onglet steak and great service. Lyle’s is terrific, I really don’t go there often enough – James Lowe is one of the best chefs in town and his food is utterly delicious. I adore Hawksmoor for both their beef and cocktails, and a more recent local haunt is the excellent Noble Rot which serves excellent wines and delicious food, AND happens to be in my neighbourhood so no schlepping across town, yay!

I also love Duck & Waffle, but having severe vertigo means I don’t go there as often as I’d like (it’s 40 floors up in the sky. The lift is utterly terrifying to a person scared of heights like I am.) I had a soft spot for Henry Harris’s cooking at Racine, and hope he opens a new place soon. We need his signature French bourgeois cooking in the West End!

WHAT DOES HM GO BEST WITH?
What doesn’t it go with? I find the salts are endlessly versatile. Though I’m still waiting for that whisky salt, Alison (nudge nudge) 🙂

WHAT’S YOUR GUILTY FOOD PLEASURE?
None. I don’t believe in associating food with guilt. Eat what you love and everything in moderation – the occasional serving of triple cooked chips or a freshly fried cardamom doughnut never hurt anyone. The only time I’d feel guilty about food is if I started eating at nasty chain restaurants or horrible fast food joints all the time, but then I’d have greater problems to contend with – like having clearly lost my mind.

DESCRIBE WALES IN FIVE WORDS
Beautiful, serene, friendly, melodic and welcoming. I love Wales, and always come away from a visit there – be it to Abergavenny or Halen Mon – feeling so happy and relaxed.

WHAT’S THE MOST UNDERUSED INGREDIENT?
Gosh, I really don’t know. Brussel sprouts? Salad cream? Quark? Every ingredient seems to come into fashion at some point, the key is just to find which ones you like and mix them up a little. I reckon liquorice is underused, but then I’m a liquorice fiend…

WHAT DO YOU EAT AFTER A LONG DAY AT WORK?
If I’ve been surrounded by food all day or thinking about food for work then all I want is simple food in the evening: beans on (good) toast, a buttery fried egg or two, some spicy noodles, sardines on garlic toast with parsley and lemon, or a simple soup.

About once a month I spend a Sunday afternoon doing a lot of batch cooking, ie. making large quantities of bolognese sauce that can be frozen in portions and taken out to form the base of a chilli con carne, a cottage pie or just to be eaten with good old spaghetti. Cooking shouldn’t be a chore, but with enough forward planning you shouldn’t have to resort to takeaways and ready meals. Funnily enough if I’m tired and hungry in the evening after a long day I always gravitate towards savoury breakfast foods. Tonight I’m whipping up a batch of Ottolenghi’s eggs shakshuka from his ‘Jerusalem’ book as I find that so comforting and easy to prepare. Eggs: a true superfood. You can’t go wrong with eggs.

WHAT’S YOUR FAVOURITE COOKBOOK?
That’s an impossible question to answer! It depends on mood, season and what I have in my kitchen to cook with. I love the cook books by Diana Henry, Yotam Ottolenghi, Claudia Roden, Nigel Slater, Nigella, my colleague Fiona Beckett and the style of food writers such as Tim Hayward, Maunika Gowardhan (aka @cookinacurry), and the recipes in both Honey & Co books. I can’t abide dieting or “healthy” eating books with all their unappetising, under seasoned goo, with one exception: Eat Right by Nick Barnard is a great cookbook honouring the traditions of preserving and fermentation. I’m excited to see Elly Curshen’s (aka @pearcafe) first cookbook out this spring, she’s a true cook and really understands flavour and texture.

I kinda love really old cookbooks where the methodology is so condensed that all they say is “cook until done” – because back in the day I guess people just knew when their food was cooked and didn’t need as much hand-holding as in modern cookbooks.